Presidents of Uzbekistan and China pressed the button of the traffic light, allowing passage of the first train “Uzbekistan”, consisting of a locomotive and 4 passenger cars. The train passed the 19.2-km tunnel within 16 minutes 30 seconds.

The railway line Angren-Pap will directly link regions of the Fergana Valley with other regions of Uzbekistan. The project completes the creation of a unified national rail network.

According to Uzbekistan Temir Yollari, the new railway will allow to transport about 10 million tonnes of freight a year. In the first year, it is planned that some 600,000 passengers will be transported via new railroad.

New railway is an important part of the rail corridor “China - Central Asia – Europe” and will contribute to further development of Uzbekistan’s economy.

Tunnel, constructed by Uzbekistan Temir Yollari and China Railway Tunnel Group, hold the eighth place in the world by its complexity. 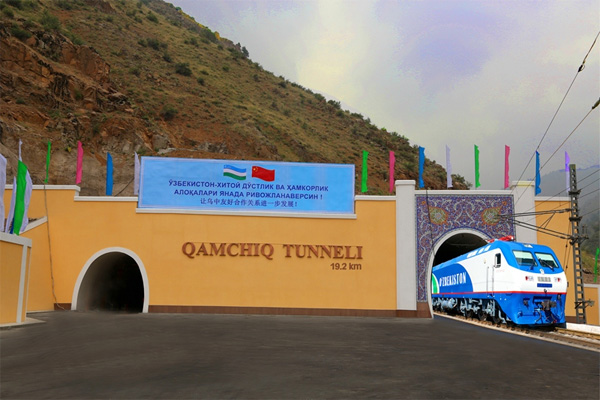