This year, the Uzbek delegation included entrepreneurs and farmers, khokims of regions and districts, representatives of the processing and export companies of Uzbekistan and headed by Deputy Prime Minister of Uzbekistan, Minister of Agriculture and Water Resources Zoyirov Mirzaev.

Agri-industrial potential of Uzbekistan at the fair was presented by foreign trade companies such as Uzbekoziqovqatholding, Uzvinsanoat-holding, Uzagroexport, as well as farms from various regions of Uzbekistan.

During the seven days of the fair, representatives of Uzbekistan signed the mid and long term agreements, as well as export contracts worth US$151.2 million for supply of fresh and processed fruit and vegetable products to the European and other countries.

The agreements on export of fruits and vegetables were signed with representatives of over 10 countries of the world, including Germany, Great Britain, Latvia, South Korea, India, China, UAE and Turkey.

The Uzbek delegation held talks with officials of ministries and departments, agri-industrial companies, association of Germany and other states.

During negotiations, representatives of foreign companies received information on economic development of Uzbekistan, measures, adopted by the Government, on modernization and re-equipment of industrial enterprises, including agriculture sector, further improving investment climate, as well as state programme of infrastructure development of the country. 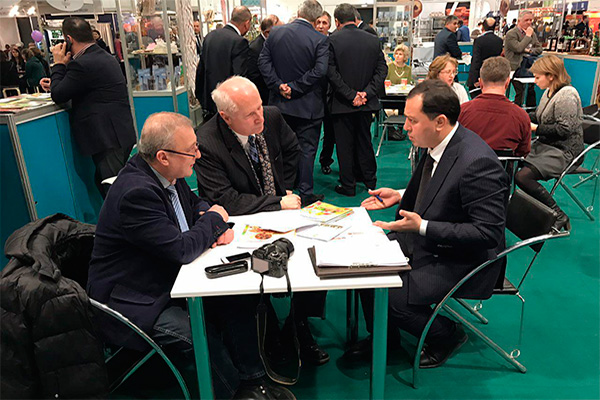