About 54 international companies expressed interest in the implementation of the Project, of which, after a two-stage selection, 5 qualified participants submitted their proposals (commercial, technical and financial), of which 4 participate in the stage of financial proposals:

After evaluating the financial proposals for compliance with the required criteria, the name of the investor who will implement the project will be announced.

This project is part of the Program for the construction of solar photovoltaic plants with a total capacity of 1 GW, which is being implemented by the Government of Uzbekistan with the support of the Asian Development Bank (ADB).

This Program is one of the key components of the strategy to generate up to 5 GW of environmentally friendly solar generation in the country by 2030 to meet the growing demand for electricity in the country.

In Sherabad district of Surkhandarya region, within the framework of this Program, a PVP project with a capacity of at least 200 MW of alternating current will be implemented.

As part of the project, the developer investor will also have to build a new 220 kV substation and a 52 km transmission line to connect to the 500 kV Surkhan substation. 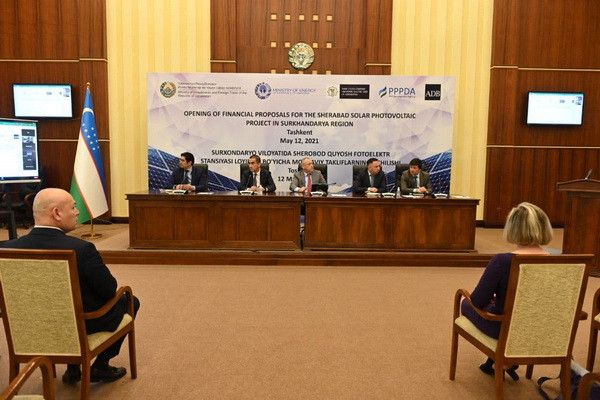