Tashkent, Uzbekistan (UzDaily.com) -- Uzbekistan possesses significant wind resources that are suitable for development of commercially feasible large-scale wind power farms, Uzbekenergo said.
WIND ATLAS - an interactive digital and analytical map of wind energy potential (WEP) of Uzbekistan - was presented in 2015. It was developed using a modelling software. The preliminary conservative analysis demonstrated that wind energy potential makes more than 520,000 MW of installed capacity and more than a billion of MWh a year.

On the basis of the WIND ATLAS, Uzbekenergo company has defined two perspective zones – one in Navoiy region and the other in the south of Karakalpakstan, as the areas of intensive industrial development, – to conduct further detailed measurement to define more accurately the WEP of these areas. Both sites have a huge area potential, expected good long term wind conditions and good access.

Meteorological masts of 85 meters high with devices to measure velocity and direction of wind as well as density and temperature of air have been erected in both zones. Through the satellite the measurements were sent online to the server for further analysis, which was used to calculate the most optimal unit rating of wind turbine and potential electric power output when preparing feasibility study for investment project. Based on the measurement data, a readily available industry standard wind turbine with 3MW generator capacity, 100 m rotor, 100 m hub height was chosen for wind farm layout.

Twelve months of measurements in each zone demonstrated the following results for the 102 MW (34 units by 3 MW) wind park:

Presented preliminary results of the feasibility study confirmed the bankability of both potential projects. The calculations made with the average annual production P50 yield tariffs between 4.7 and 5.7 US cents/kWh for “Zarafshon” and 5.3 – 6.4 US-cents/kWh for “Nukus” (ROE6%, carbon credits not included). Larger scale projects could drop the cost of kWh further. 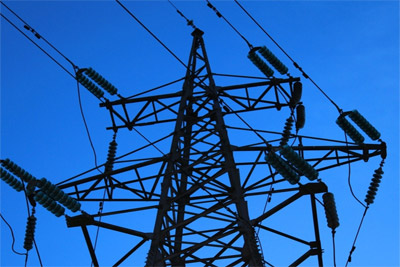