Tashkent, Uzbekistan (UzDaily.com) -- First President of Uzbekistan Islam Karimov was buried in Samarkand city on 3 September 2016. He was buried at Shakhi-Zinda cementry.

Islam Karimov died in Tashkent on 2 September in the result of myocardial infarction cerebrovascular accident (stroke), leading to irreversible changes in the brain and multiple organ failure, the statement of the Uzbek Government and Parliament said.

According to medical certificate, heart of Islam Karimov stopped at 20:15 Tashkent time. Attempted intensive resuscitation did not give results. Biological death was recorded at 20:55.

In line with the wish of the President, he was buried on 3 September in accordance with Muslim customs in his native city of Samarkand, where his parents were buried.

It is worth to mention that hundreds of thousands of citizens of Tashkent and Samarkand walked to streets to see off Islam Karimov to his last journey. They brought flowers with them. Thousands of law enforcement officers ensured the security in the streets.

Afterwards, funeral procession headed to historic cemetery, Shakhi-Zinda, where ancient ancestors of the Uzbek people and parents of Islam Karimov were buried. First President of Uzbekistan was buried near his parents. 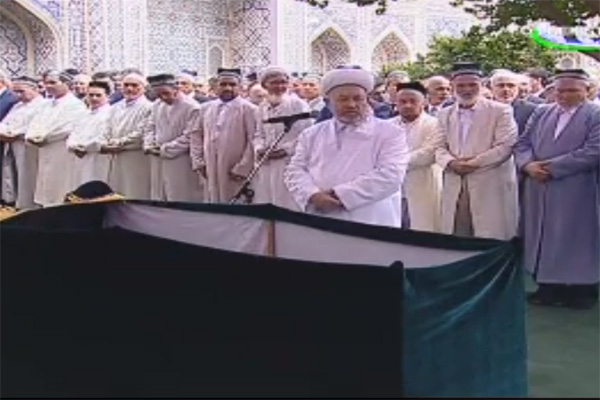 Tashkent, Uzbekistan (UzDaily.com) -- On 19 October, the Global Forum on “Global Cooperation for Sustainable Development: Poverty Reduction and Rural Development” organized by the National Rural Rehabilitation Administration of the People’s Republic of China was held in the format of video conferencing.

Social and economic development of Tashkent region over five years

Tashkent, Uzbekistan (UzDaily.com) - The Center for Economic Research and Reforms (CERR) presented the results of the development of Tashkent region over the past five years.

Tashkent, Uzbekistan (UzDaily.com) -- On 14 October, President of the Republic of Uzbekistan Shavkat Mirziyoyev took part in an extraordinary meeting of the Supreme Eurasian Economic Council (EAEU) in the format of a video conference.