High speed ring railroad to be constructed in Tashkent

The project on construction of ring railroad in Tashkent was presented to the President of Uzbekistan Shavkat Mirziyoyev.

Head engineer of Uzbekiston Temir Yollari Husniddin Hosilov said that the project on construction of ring railroad in Tashkent was approved. The project will be implemented within three years.

Husniddin Hosilov said that the ring railroad will pass on external line of the automobile ring road of Tashkent city.

He noted that total length of the ring railroad will make up 71.2 km. Within the project, it is planned to construct over 140 km of railroads.

Hosilov said that the railroad will be linked with routes of buses, underground and other types of transport.

The line will have 26 stations. The gap between the trains will be 7 minutes. At the first stage, 10 trains will be operated on the railway - 5 in each direction. They will overcome all the way in about an hour.

The cost of the project is US$265 million. The project will be financed from the state budget (US$185 million) and the Fund for Reconstruction and Development of Uzbekistan (US$80 million). It is also planned to attract foreign investments to the project. 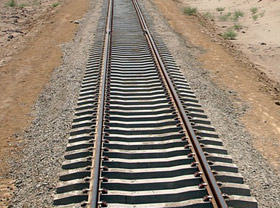