Sarvarbek Akhmedov was born in 1985 in Khanka district of Khorezm region. He graduated from the University of World Economy and Diplomacy (bachelor’s degree) in 2005, University of Manchester (UK) in 2008, National Research University Higher School of Economics (Russia) in 2019.

Sarvarbek Akhmedov began his career in 2008 as an employee of the foreign exchange operations department at Goldman Sachs International (London).

From 2016 to 2019, he was Vice President of the Financial Instruments and Treasury Department of Goldman Sachs Bank LLC (Moscow). 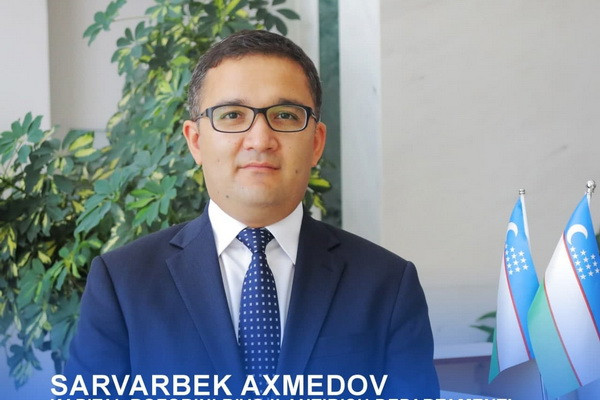