Tashkent, Uzbekistan (UzDaily.com) -- On August 4, 2017, a videoconference under the chairmanship of the President of the Republic of Uzbekistan Shavkat Mirziyoyev was held. It was dedicated to implementation of major and significant investment projects included in the Investment program for 2017, expected outcomes on the results of the current year, as well as execution of tasks identified during the trips of the head of our state to Andijan region and Chilanzar district of the city of Tashkent.

The meeting was attended by the Prime Minister and his deputies, State advisers to the President, heads of relevant ministries, departments and economic associations. The meeting was also attended by the Chairman of the Jokargy Kenes of the Republic of Karakalpakstan, khokims of the regions and the city of Tashkent, heads of local khokimiyats, territorial structures of ministries and departments, enterprises, entrepreneurs and investors through a videoconference.

The head of our state noted that ensuring the progressive growth of investments from year to year, introduction of new modern enterprises on production of products with high added value on the basis of deep processing are one of the most important factors for ensuring sustainable development of the economy of our country, first of all, further improvement of living standards and welfare of the population.

Organization of the National project management agency under the President once again showed that the issue of attracting investments in our economy is of great strategic importance. At the meeting, the need for a qualitative organization of activities of this agency, focusing primarily on improving the effectiveness of activities on development and implementation of investment projects, ensuring transparency of all related processes was noted.

In accordance with the Investment program for 2017, it is envisaged to master 7,2 billion US dollars within 552 projects and implement 67 major projects this year. In particular, 170 projects will be completed this year, including 16 large projects worth 2,4 billion dollars.

Implementation of 32 projects have been completed as the result of consistent continuation of active investment policy over the past 7 months, all necessary measures have been taken on completion of 138 projects and commissioning of relevant facilities by the end of the year.

The President of our country drew attention to the fact that some heads at the republican level and at places are superficially and irresponsibly concerned with issues of promptly eliminating problems that arise in the process of implementing investment projects, as well as providing them with guaranteed sources of financing.

Over the past 7 months, the timeframe for the disbursement of funds on 27 projects has been delayed, and the required package of documents has still not been approved on 8 projects.

In this regard, the heads of industries and project initiators are assigned specific tasks on quickly solving the existing problems and eliminating passive cases.

The head of our state noted that the reason of major shortcomings that arise in implementation of investment projects is in lack of well-developed documentation, many managers do not have a vision for specific future of relevant industries and spheres based on accurate calculations of their development with a view to several years in advance.

Deputy Prime ministers, heads of ministries and departments, economic associations and khokimiyats were instructed to strengthen weekly monitoring of implementation of investment projects, and monthly report on specific measures taken to eliminate the identified problems and assess activities of responsible persons who have committed shortcomings.

Another problem is the lack of a system of analyzing the state of new facilities’ operation after the adoption of a relevant document on the launch of objects within the framework of investment projects. In this regard, the head of our state instructed the Ministry of economy to develop the procedure for monitoring activities of new commissioned objects jointly with relevant ministries and departments.

At the meeting, the Ministry of economy, the State committee on investments, the Ministry of finance were instructed, together with large economic associations and local khokimiyats, to include in the Investment program for 2018 only those projects for which project documents were prepared and the cost is at least 5 million dollars, develop specific proposals on granting investors the tax privileges and other preferences for stimulating their participation with their projects in the Investment program.

It was noted that special attention should be given to including only deeply thought out investment projects with ready project-estimate documentation and specific sources of financing in the Investment program for 2018.

Administration of the State committee on investments was instructed to identify specific areas of working with foreign investors on the basis of principles of equal partnership and mutual interest, as well as accelerate development of separate procedures on the systematic and timely consideration of import contracts, issuance of conclusions on them.

It was also noted that it is necessary to critically analyze activities of a number of intergovernmental commissions formed for the development of cooperation of Uzbekistan with foreign countries, to increase the effectiveness of their activities.

At the meeting, implementation of protocols and programs adopted on the basis of visits of the head of our state to Andijan region on June 2-3 and Chilanzar district of the city of Tashkent on April 12 of this year was considered.

It was noted that a new monitoring system will be introduced under the President of the Republic of Uzbekistan on phased consideration of the current state of implementation of these protocols and programs, hearing and evaluating the reports of executors.

The Prime Minister of the Republic of Uzbekistan and his deputies were given specific instructions on systematic study of the execution of tasks indicated on socio-economic development of Andijan region and Chilanzar district, all regions of the country, consideration of all problematic issues without exception.

At the meeting, reports and proposals of the heads of complexes of the Cabinet of Ministers, ministries, departments, companies, associations and khokims were heard and discussed, relevant decisions were made on accelerating implementation of investment projects and solving existing problems. 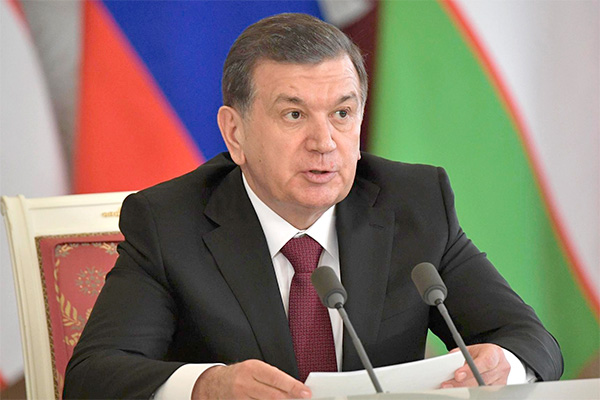