Projects worth US$500m to be realized in FEZs in Uzbekistan

Tashkent, Uzbekistan (UzDaily.com) -- Projects with total cost of US$500 million will be implemented in the free economic zones (FEZs) in Uzbekistan in 2016.

Currently, the works are underway on realization of 35 new investment projects for total sum of about US$500 million at the FEZs.

The projects in 2016 will be realized in such sectors as chemistry, electrotechnical, metallurgy, light and food industries.

Currently, 41 investment projects for over US$320 million were implemented in the FEZs so far. They produce high-technological export-oriented and export-replacing products.

Currently, there are three FEZs in Uzbekistan. FIEZ Navoi was created in December 2008. SIZ Angren was founded in April 2012 and SIZ Jizzakh – in March 2013.

FEZs provide special tax, customs and currency regimes, as well as simplified order of visiting and labour hiring. The zones were created to attract foreign investments and technologies to organize production of highly technological products in Uzbekistan. 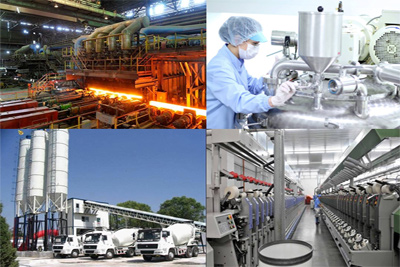 Tashkent, Uzbekistan (UzDaily.com) – Next month, the governments of Uzbekistan and the United Kingdom will convene at the 25th anniversary meeting of the Uzbek-British Trade and Industry Council (UBTIC), an influential body that brings together government and commercial leaders.

Tashkent, Uzbekistan (UzDaily.com) -- In January-December 2020, Uzbekistan’s foreign trade turnover (FTT) reached US$36.3 billion, which, compared to the same period of 2019, decreased by US$5.45 billion (a decrease by 13.1%), the State Statistics Committee of Uzbekistan said in a report.

Tashkent, Uzbekistan (UzDaily.com) -- According to the order of the Chairman of the Board of JSC Uzbekneftegaz, Mehriddin Abdullayev, Bobonazar Jumaev was appointed head of the Commerce Department, who worked as the head of UNG ECONN JV LLC before being appointed. This was reported by the press service of Uzbekneftegaz.