SELENA is interested in the construction of production facilities in Uzbekistan

Tashkent, Uzbekistan (UzDaily.com) - The Embassy of Uzbekistan in Poland has been negotiating for a year and a half with the holding company SELENA on investing in the construction of production facilities in Uzbekistan, Dunyo news agency reported.

Yesterday the Ambassador of Uzbekistan Bakhrom Babayev met with the head of the company for Central Asia Arkadiusz Adamchik and the director of the international cooperation department Roman Ovcharek to discuss issues of establishing investment cooperation and implementing joint projects to create production of construction chemicals.

The production is carried out on the basis of our own recipes and technologies developed by Polish specialists who take part in the launch of industrial enterprises in other countries, controlling the implementation of know-how developed in Europe.

The holding’s management announced its decision to invest in the economy of Uzbekistan, which is becoming an attractive partner in connection with the grandiose industrialization and construction. According to Polish businessmen, the materials produced by SELENA will significantly replenish the range of quality building materials, especially during the period of active construction of housing and industrial facilities in Uzbekistan. They said that the plant is planned to be built on the territory of Jizzakh or Tashkent regions.

It was also noted that currently about a thousand Uzbek companies buy SELENA products under the Titan brand, and taking into account the existing demand, it is time to organize production in Uzbekistan.

Polish businessmen were familiarized with detailed information on the conditions for investment, the availability of raw materials for production, the infrastructure and logistics potential of the regions of Uzbekistan, the availability of labor, as well as the possibilities of further export of manufactured products to neighboring countries.

As a result of the negotiations, an agreement was reached on organizing a visit of representatives of the international holding to Uzbekistan in order to hold meetings in the khokimiyats of the Tashkent, Syrdarya and Jizzakh regions, as well as in the Association "Uzpromstroimaterialy" and the Ministry of Investments and Foreign Trade of Uzbekistan. 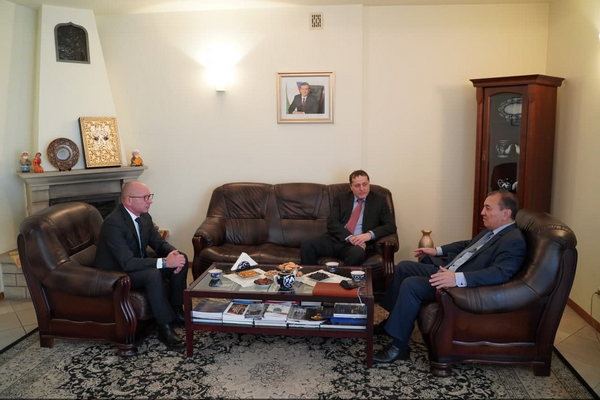