KOGAS to begin operation of Uzbek gas field next month

The agency recalled that in 2008, a South Korean energy consortium signed an accord with Uzbekistan’s state-owned Uzbeknefgaz to jointly develop the Surgil gas block in western Uzbekistan near the Aral Sea.

The Surgil well is estimated to hold more than 130 million cubic feet of natural gas, the agency underlined.

KOGAS said earlier that its total investment is estimated at US$3.9 billion, with the company holding a 17.5% stake in the joint company. Other South Korean firms such as STX Energy Co. have participated in the project as well.

Gas produced from the well will be processed in a gas-chemical plant in the Central Asian country, and be sold in Uzbekistan or exported to Europe and China.

Uz-Kor Gas Chemical was founded by Uzbek and Korean companies in May 2008 to develop, finance, construct and exploitation of integrated gas and oil processing project in Ustyurt region of Uzbekistan.

The cost of the project is US$4.16 billion. The project participants will allocate US$1.4 billion and attract US$2.5 billion from financial institutions to implement the project.

Ustyurt Gas Chemical Complex will ensure processing of 4.5 billion cubic meters of gas and produce 3.7 billion tank gas, 387,000 polyethylene and 83,000 tonnes of polypropylene, as well as 102,000 tonnes of pyrolized petroleum and other products. 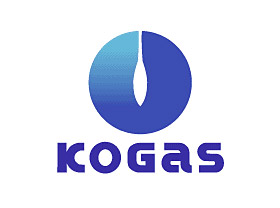 Tashkent, Uzbekistan (UzDaily.com) -- On 19 January 2020, a delegation of Uzbekistan led by Ambassador Diller Khakimov paid a visit to the Netherlands company Plantlab.

Tashkent, Uzbekistan (UzDaily.com) – On 22 January 2020, a press conference entitled “Achievements of 2019 and challenges for the future in the field of youth policy, social development and spiritual and educational work in the city of Tashkent” was held in the capital’s khokimiyat. The deputy khokim of Tashkent, Elbek Shukurov, spoke at a press conference with detailed information on measures taken in this direction.

US Congress recognizes effectiveness of reforms in Uzbekistan