EU, Uzbekistan to create Council on foreign investments and trade

Tashkent, Uzbekistan (UzDaily.com) -- European Union (EU) and Uzbekistan are planning to create a Council on foreign investments and trade in the first half of 2016, the head of the EU Delegation in Uzbekistan Yuri Sterk said.

The EU envoy underlined that creation of the Council will expand mutual beneficial cooperation between Uzbekistan and the EU in trade-economic, investment and financial-technical cooperation, RIA Novosti reported.

Yuri Sterk noted that it is difficult work to create a new structure. He added that currently there are several intergovernmental structures of cooperation and it is not expedient to duplicate their work. The council could help to solve concrete projects, proposals to improve business climate in Uzbekistan.

He said that the name of structure can change. Envoy said that it is necessary to establish mechanism of interaction of private businesses and state bodies of the EU and Uzbekistan to efficiently solve problems of businesses and eliminate barriers.

Sterk said that he is optimist and hopes that the council will be created in the first half of 2016, hopefully in Tashkent. He noted that launch will be dedicated to serious event, for example, to the meeting of ministries. Currently, the sides discuss the concrete format. 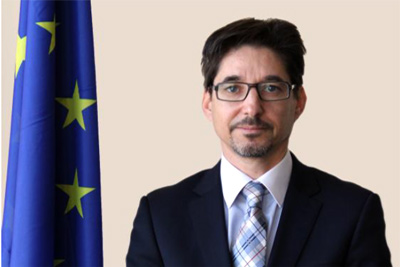 Projects for the construction of a number of facilities considered

Tashkent, Uzbekistan (UzDaily.com) - On 26 July, President Shavkat Mirziyoyev got acquainted with the presentation of projects for the construction of cultural, medical, trade and service facilities.