Tashkent, Uzbekistan (UzDaily.com) -- A Day of German economy in Uzbekistan was held in Tashkent on 30 October 2015.

Chamber of Commerce and Industry of Uzbekistan, Representative Office of German Economy in Central Asia and German economic club in Uzbekistan organize the event.

Representatives of companies of Uzbekistan and Germany, working in various areas of economy, attended the forum.

Within the forum, representatives of Germany familiarized priority directions of attracting investments into economy of Uzbekistan, process of privatization and economic reforms in the country, development of private and small businesses, as well as conditions, created in Uzbekistan.

It is worth to mention that Germany is one of important trade-economic partners of Uzbekistan in Europe an investor into economy of Uzbekistan.

There are 109 companies with German investments in Uzbekistan, which work in such spheres as trade, light industry, medicine, pharmaceutics, processing of agriculture products, automobile, transport and communication, science and education. 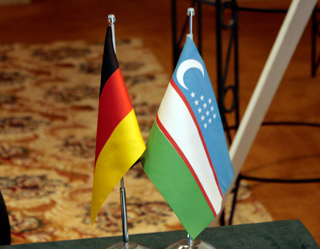