Tashkent, Uzbekistan (UzDaily.com) –– During the meeting of the OSCE Permanent Council (OSCE PS), the Permanent Mission of Uzbekistan announced information on the results of President Shavkat Mirziyoyev’s participation in the next meeting of the Council of Heads of State of the Commonwealth of Independent States (on 10-11 October, Ashgabat) and Seventh Summit of the Cooperation Council of Turkic Speaking States (Turkic Council, on 14-15 October, Baku).

The OSCE PS meeting was attended by the heads of diplomatic missions of the participating countries and partners of the organization, as well as representatives of the OSCE Secretariat, the Foreign Ministry said.

Those present were familiarized with the main content of the speech of the head of Uzbekistan during the CIS meeting, in particular, the activities of our country in the framework of the Commonwealth, the priority directions of the chairmanship in this structure in 2020 were reported.

Regarding the issue of participation of the delegation of Uzbekistan in the work of the Turkic Council, it was noted that for the first time, our country acted in the organization as a full member. Drawn up a number of proposals put forward by the head of our state on issues included in the agenda of the summit. In particular, the organization of joint technology parks, innovative start-up companies and venture funds, as well as a joint investment fund and the opening of trading houses in Turkic-speaking countries, the implementation of large transport and communication projects, and the intensification of cooperation in the field of tourism.

In addition, during the meeting, the majority of ambassadors and the OSCE Secretariat expressed gratitude to the leadership of our country for organizing on 10-11 October 2019 the first visit to Uzbekistan of a delegation of twenty permanent representatives of the organization’s participating countries. 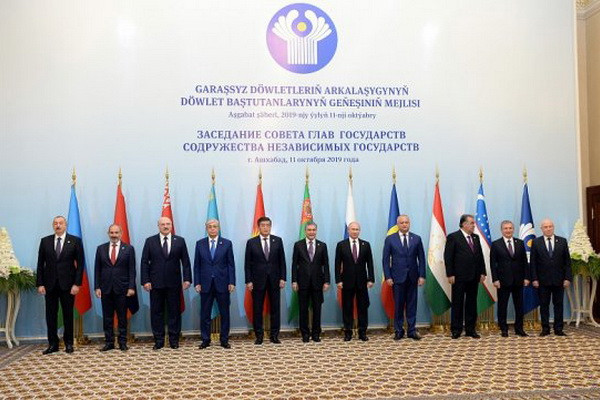