Tashkent, Uzbekistan (UzDaily.com) -- On 7 October, a delegation of Turkmenistan led by Deputy Chairman of the Cabinet of Ministers Palvan Taganov held a meeting at the Ministry of Foreign Economic Relations, Investment and Trade of Uzbekistan.

During the meeting the sides discussed prospects of further expansion of mutually beneficial trade-economic, transport and communication cooperation between the two countries, including the issues of implementation of practical measures aimed at increasing bilateral trade and transit cargo.

From the Turkmen side, the meeting was also attended by Minister of Trade and Foreign Economic Relations of Turkmenistan B.Abaev and Chairman of the Union of Industrialists and Entrepreneurs A.Dadaev 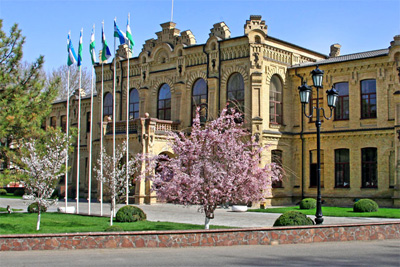 Crown Agents to assist in the promotion of textile products

Tashkent, Uzbekistan (UzDaily.com) -- On 3 July 2020, negotiations were held with the international company Crown Agents as part of a videoconference organized by the Uztekstilprom Association with the assistance of the Embassy of the Republic of Uzbekistan in the UK.

Prospects for economic cooperation with Japan, the Republic of Korea and the UAE discussed

Tashkent, Uzbekistan (UzDaily.com) -- On 2 July, President of the Republic of Uzbekistan Shavkat Mirziyoyev held a meeting to review the implementation of priority projects and prospects for expanding trade, economic, investment, financial and technical cooperation with Japan, the Republic of Korea and the United Arab Emirates.