The consortium of investors began drilling of exploratory wells at Meros structure at Aral Sea, which was revealed at the result of 3D seismic exploration, the source told Sputnik agency.

China’s XIBU Drilling Engineering Company is drilling wells. In line with the technical tasks, the project depth of the wells will make up 3,280 meters. It is also planned to drill two dependent appraisal wells in 2016.

The PSA for the Uzbekistan part of Aral Sea between Republic of Uzbekistan and Consortium of Investors was signed on 30 August 2006.

In May 2011, Petronas left the consortium. KNOC also left the project in September 2013. Uzbekneftegaz holds 33.4% stake in the consortium, CNPC and LUKOIL own 33.3% each. According to agreement terms, minimal share of Uzbekistan in the agreement will be 50% in the first stage.

In 2011, the consortium fully completed the programme of exploration works with the cost of US$110.2 million within the PSA.

In the result, new hydrocarbons fields Zapadniy Aral and six perspective structures were revealed. Currently, over 3,000 km of 2D seismic works and 780 square km f 3D seismic works were conducted and five search-exploration wells were drilled. In 2014-2016, the consortium will additionally invest to exploration works for US$30 million. 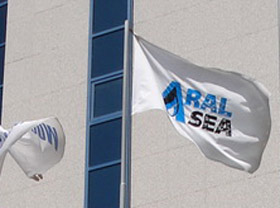 Tashkent, Uzbekistan (UzDaily.com) -- Uzbekistan exported 69.0 thousand tons of tomatoes in the amount of 50.2 million USD in January-June 2021, the State Committee on Statistics said.